Rafael Nadal claimed a stunning 14th French Open title but more than his record-extending grand slam win, a photo has shown the Spaniard is winning in life.

Nadal claimed his 22nd grand slam title, moving two ahead of both Novak Djokovic and Roger Federer, in a 6-3 6-3 6-0 drubbing of Norwegian Casper Ruud.

It continues his incredible record on the court but in a reminder that tennis players are not all about the sport, a tender photo won fans’ hearts after he shared a tender moment with his wife Xisca Perello.

Xisca took her husbands face in her hands, staring into his eyes with a mixture of love and pride after the stunning victory as Rafa stroked her face.

“The off-court photograph of the year, absolutely brilliant.”

Xisca and Rafa were together for 14 years before marrying in 2019 and have kept their relationship private, which is no mean feat for one of the biggest athletes in the world. Rafa Nadal poses with wife Xisca Perello after they were married. Photo by Fundacion Rafa Nadal via Getty Images

She is not often seen on the sidelines either, saying that Nadal’s hyper-focus during competition can lead the pair to fight.

“And just the idea of me hanging around and waiting on his needs all day tires me out.

“It would asphyxiate me. And then he would have to be worrying about me … No.”

It was also believed that at 36, Nadal may call an end to his glittering career after an emotional win over Djokovic in the quarterfinals.

Nadal suggested earlier this year that he wanted to have children with his wife in the future.

“I would like to have children: boys, girls. I am a person who loves children and I am a family type,” Nadal told The Sun earlier this year.

“But I also tell you that the reality is that the years continue to pass, I would like to start doing all this when my sporting life will allow it.

“I think it’s also and above all about taking care of the children. I don’t know if travelling all year and having children is ideal.”

Nadal, who has won both the Australian and French Opens and is on track to claim a calendar grand slam, cast doubt on whether he would play in Wimbledon due to his troublesome foot. 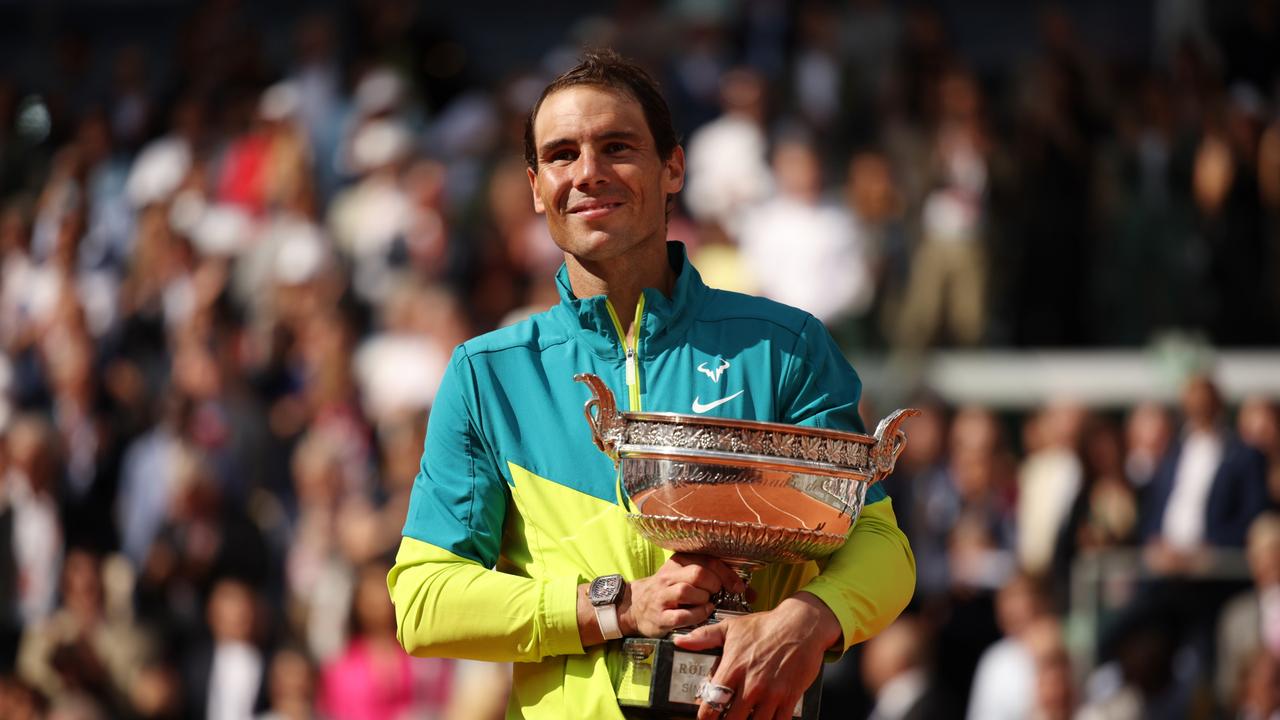 He revealed he needed painkilling injections to win at Roland Garros but said he wants to come to a different solution.

“It’s obvious that with circumstances that I am playing, I can’t and I don’t want to keep going, so the mindset is very clear,” Nadal said. “I’m going to keep working to try to find a solution and an improvement for what’s happening in the foot.”

Nadal said he intends to play Wimbledon, where he is a two-time champion, and which gets underway in just three weeks’ time.

“I love Wimbledon. So if you ask me if I will be in Wimbledon, I can’t give you a clear answer. Let’s see how the treatment works.”