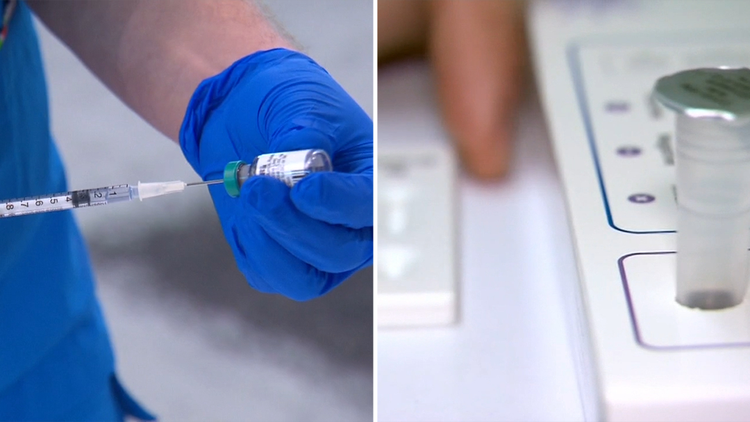 Isolation requirements for household contacts of COVID-positive people are expected to end by this weekend in New South Wales and Victoria.
“A range of issues continue to be discussed at the Australian Health Protection Principal Committee (AHPPC),” A NSW Government spokesperson said.
“The NSW Government is working through these and will make further changes if it is satisfied that the safety of the community is given priority.”
Earlier on Tuesday evening, The Sydney Morning Herald reported the isolation requirements would end after senior members of NSW’s COVID and Economic Recovery Committee met to discuss it.
The change would mean that people living with others who have tested positive for the virus could no longer need to isolate at home for seven days.
The meeting follows a decrease in daily case numbers from around 20,000 to 14,000 in the weekend ending April 5.
Health Minister Brad Hazzard echoed that changes for isolation of close contacts have been under consideration.
He said any changes need to be assessed against the backdrop of “community health outcomes in the ongoing pandemic”.
The newspaper also reported two Victorian government sources spoke confidentially of that state changing its household contact and mask guidelines this week.
It’s expected that Victorian Health Minister Martin Foley will announce the changes later this week, with them coming into effect over the weekend.
Premier Daniel Andrews said he thinks the state has passed the peak of its case wave and highlighted restrictions would be removed “very, very soon”.
“As I’ve said consistently for a few weeks now, once we got past the peak, once we started to see case numbers coming down, we would have more options,” Mr Andrews said.
Share. Facebook Twitter Email