A former Sydney socialite and property developer, who was jailed over an attempt to smuggle $85 million worth of cocaine into Australia, is continuing his push to be resentenced in the NSW Court of Criminal Appeal.

Matthew James Doyle was sentenced to a minimum of five years behind bars in 2020 after he pleaded guilty to commercial drug supply and dealing with proceeds of crime. Matthew Doyle has swapped a lavish lifestyle and Sydney’s social scene for a cell at Long Bay jail. Picture: Facebook

The 33-year-old father-of-one has been in custody since 2019 when he was arrested while waiting to collect what he thought was a shipment of up to 300kg of cocaine at a warehouse in Marrickville.

Doyle became involved in a plot to smuggle the drugs into Australia while speaking to undercover police operatives in the USA, the NSW District Court previously heard.

During the conversations, the court heard Doyle said he was willing to take “tonnes” of the drug and he put a $220,000 deposit down ahead of the expected delivery.

The court heard Doyle said “you know I love money … I like money and I like making friends” when discussing what turned out to be a fake delivery of a drug that never existed.

Before his downfall, Doyle and wife Kelsea were building a booming property portfolio which included their luxurious $2.5m duplex in Burraneer and a prestigious residential apartment block in Cronulla. Their assets, which also included shares in 16 companies and fancy cars, have now been frozen by the NSW Crime Commission and Doyle’s former lawyer, Robert Kaufmann, served him with a bankruptcy notice last year, claiming to be owed more than $184,000 in legal fees.

In a bid to possibly get out of jail early and be resentenced, Doyle appeared in the Court of Criminal Appeal on Wednesday via audiovisual link from Long Bay jail.

He sat silently throughout proceedings as the court heard a series of complex legal arguments about why Doyle was appealing the original sentence he was handed down.

Doyle’s legal representative told the court the Judge who sentenced Doyle made an error and “significant” psychological material and details about conditions in custody also needed to be taken into account. 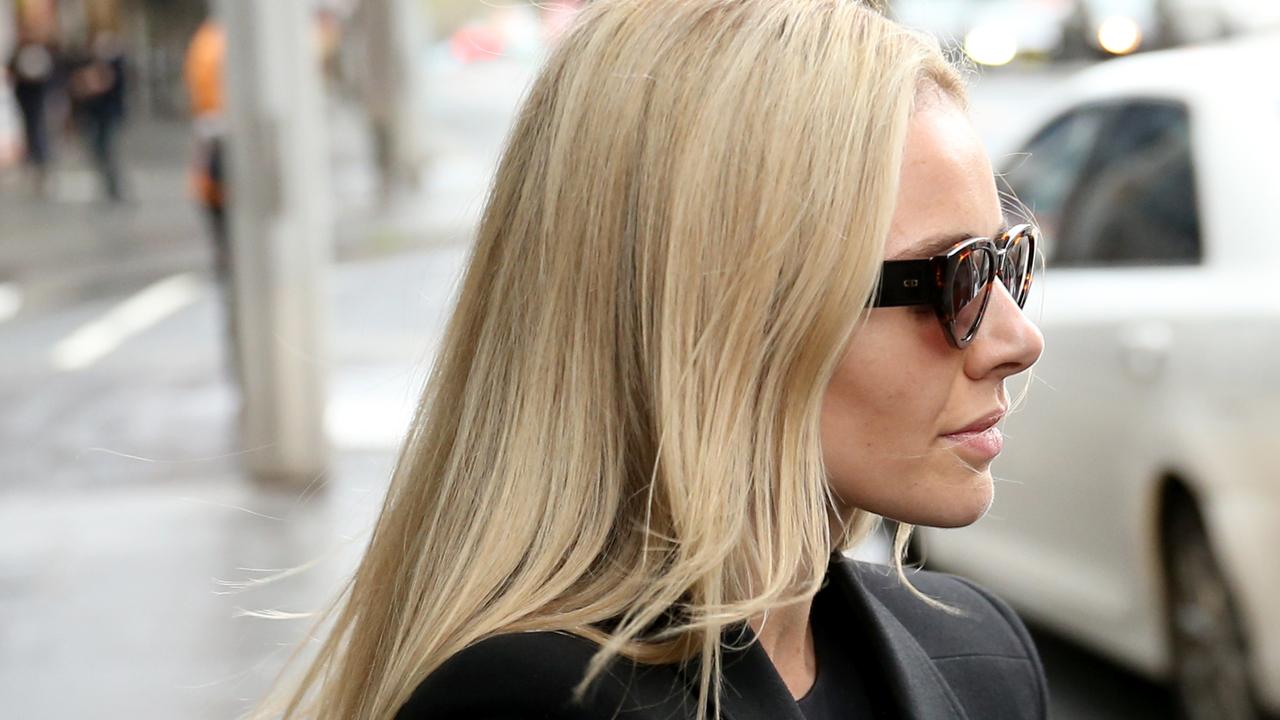 Kelsea Doyle, the glamorous wife of Matthew Doyle, pictured as she leaves Downing Centre Court following his original sentencing which is now the focus of an appeal. She has not been accused of any wrongdoing. Picture: NCA NewsWire / Damian Shaw

The court heard Doyle received a 25 per cent sentencing discount for pleading guilty, however it was suggested the Judge’s comments about that could be construed to have also factored in a discount for his acceptance of responsibility and remorse.

Those two factors should have been considered separately and possibly on top of the 25 per cent discount, the court heard.

The Crown prosecutor said the sentencing Judge did not make an error and had applied the “instinstictive synthesis” process to sentencing.

“Her honour has taken into account the acceptance of the offender’s responsibility,” the prosecutor said.

“She hasn’t bundled it all up with the Section 25D [guilty plea] discount.”

NSW Supreme Court Chief Justice Andrew Bell said judgment in the case would be reserved until more material was provided to the court by 5pm Thursday.